Love is the drug 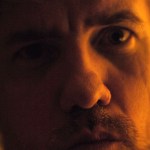 There were no artists visiting my family dinner table when I was young, no musicians or writers. What I learned about the creative life I learned from the biographies of rock musicians or their music, hardly role models when it came to handling personal relationships, creative or otherwise. In a world where love triangles are elevated to grand art, as in Eric Clapton’s “Layla”, it’s hard to figure out where grandiose romanticism ends and batshit crazy begins.

I’ve always tried to avoid the obvious drawbacks in my family history, my father’s alcoholism for example. I’ve been careful about drinking, and avoided hard drugs. It’s the women that get me, however. From middle school onward I was a hopeless romantic, made worse by the fact that I was totally clueless about how to deal with the opposite sex, even when their interest in me was obvious. Love was the drug, but I had no idea how to get it, even when someone was practically hitting me over the head with their intentions.

I think about that guy in California who killed all those people because he couldn’t form a relationship with a woman. There was probably someone who was interested in him, but he never saw it, being hung up on what other people were doing or simply stuck inside his own negative view of himself. That was me, totally oblivious. I mean, when a girl invites you to her uncle’s house to look at his guitar collection, there’s obviously something going on there, right? She was one of the most popular girls in school too. I blew her off in disbelief.

Maybe I’m just a late bloomer. Despite my musical endeavors, I was never much of a ladies man, and restricted myself to long-term relationships. Since the last one ended,  I’ve become more confident, more flirtatious, but sometimes I wonder if I like the new me. Being less outgoing meant fewer misunderstandings, fewer ways to complicate my life and the lives of others.