I got into live sound because there was literally no one else to do it when I started my first band. It’s funny how every band has someone who thinks they’re going to be the next Brian Wilson and invests thousands of dollars in a home recording studio, while the band plays live through a PA system they bought at a rummage sale. Shortly after Slow Funeral started, I bought a small sound system from the local Peavey dealer. It was only 50 watts, but it was better than the Gorilla guitar amps we had been singing through. Gorilla amps… anyone remember them? 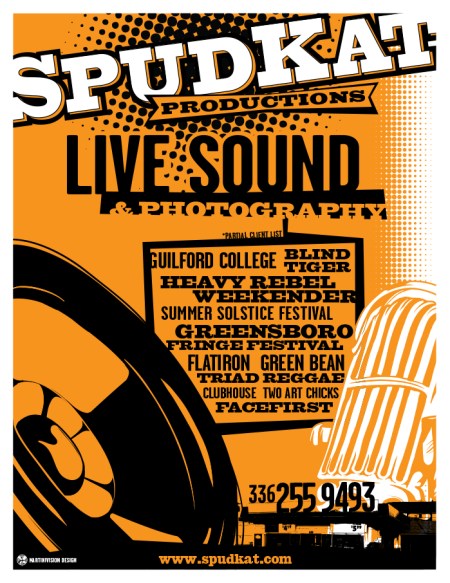 As I went along, I picked up more gear… a Crate mixer, some Peavey monitors, a QSC power amp, assorted microphones and rack effects. My limited budget meant I had to approach things in an ad-hoc manner, seldom micing more than the vocals and acoustic instruments. I found, however, that this was often more than enough in small venues. That’s another thing about musicians; if they’re not interested in PA at all, they think they need a system fit for Madison Square Garden just to play Tiny’s Tavern. Often what you leave out of the mix is just as important as what you leave in.

I’ve continued to upgrade my gear, and am always working on ways to improve the system with better components. I haven’t let lack of high-end gear stop me from trying to get the best mixes possible, however. Whether it’s on top-of-the-line stuff or gear from the local pawnshop, I’m resourceful enough to get the job done.

I’ve done sound for the following bands, venues and festivals:

Art in the Arboretum