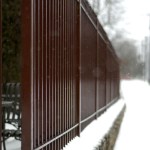 I lost a patient today. Well, not really. She’s moving to an assisted living facility, and I won’t be delivering to her anymore. She’s been falling too much lately, she says, and can no longer live at the senior apartments in the old converted high school. And I’m sad, because I will almost certainly never see her again.

I’ve seen it coming for a while, of course. I remember one of the first deliveries I made to her. I was running late, and she had to meet me downstairs to let me in. The wooden door of the former school building was old and heavy, and after I made the delivery we both struggled to close it, her pushing and me pulling. That was three years ago.

Since then I’ve watched as she’s gotten older and frailer. She broke her leg, and for months was in one of those “Erector Set” contraptions. Her leg healed, but she could no longer pull shut a heavy door, or even come downstairs without her walker. Today she was using her motorized wheelchair, worried that her oxygen lines would become entangled in the wheels, her hair more disheveled than I’ve ever seen it.

“You’ve always been a nice, young man,” she says, after telling me she’s moving. I’m not that young, but I suppose to her everyone my age looks young. “Thank you for bringing me my medication.”

“It’s fine,” I say. “I’ve enjoyed it”. And I have. I remind her of the door incident and she laughs. I give her a long hug and then I go.

As I sit in the van, I realize that I’m more than just a deliveryman. I’m helping to usher people on the last stage of their life’s journey; my monthly deliveries are milestones as they approach whatever the point is where we pass from this existence to the next, my visits a soothing regularity in a world that’s slowly winding down. I’ve had patients who have actually died, of course; the Korean War veteran, with his chubby calico cat; the middle-aged woman who died just a week short of her 24th wedding anniversary, and one that left me speechless when I heard, for I had just talked to him only days before. He had been in the hospital, but I hadn’t known it. His voice sounded fine on the phone. His father gave me the news when I went to make the delivery.

I wonder about the ones I’ve lost touch with. What happened to woman whose cat used to playfully swipe at me when I delivered her meds? Did her family really take in the cat, as they said they would when they told me she was moving into a facility? Or the man who was in the hospital when I spoke with his daughter on the phone? I haven’t delivered to him since; I have a bad feeling about it. Few of my patients get better; the end of deliveries is usually a sign that things have taken a turn for the worse.

I know I’ll eventually move on to some other kind of work, something more creatively rewarding. But I wonder if this isn’t the most important thing I’ve ever done.